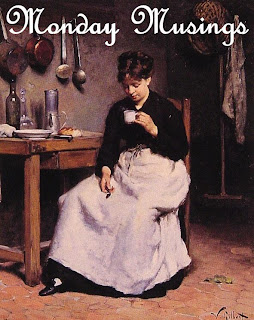 Right now…1043 am
This weekend…we spent a good part of it cleaning. Our bedroom was getting out of control, so I spent part of Saturday morning cleaning things up. I set up Benedict’s cradle, hung up clothes, sorted things out and tossed a lot of things. Joshua came behind me to sweep and mop. I worked on the kids’ bedroom too, but that was not too bad, as we clean it up nearly every day. The rest of the house got a good dusting, sweeping and mopping.
Joshua also spent time working on the van. It started overheating on me on Friday, only when I was stopped in traffic. Joshua checked the fluid levels and it was pretty low, so he added some coolant, then added some more, then added some more. (Note to self, just because you are without your husband for a month then make a 1000 mile move and proceed to travel all over the place to see the sights in your new location, do not neglect your car!) Thankfully that is all it was, so in the evening we attended the Knights of Columbus Monthly family dinner.Dinner was great, stuffed cabbage, sauerkraut and sausage. Beverages were sweet tea and regualar tea! The sweet tea was not too bad either (I only had a sip because I mixed up our glasses.)
We were introduced at the end of the evening and discovered two things:
1. They are thrilled to have a young person, a young 4th degree. They have big plans for Joshua.
2. No one is from Valdosta. When we were introduced and the Grand Knight said we were from Ohio, there were cheers. Joshua made it clear that Ohio was our last location, but we are from Michigan. (That was met with “boos” from the Ohio people. :))
We went home after the dinner, I set out clothes for the next day and headed to bed. Of course, with all that tea in me, I was awake for a while. Benedict slept in his cradle for about two hours then we had him in bed with us again. I do like snuggling with him in the middle of the night!
Sunday we were up early and headed to Mass in Moultrie. I blogged about that already. After Mass we had a snack, then the kids went to their rooms for quiet time/naps. We prayed a Rosary together to help them to settle down. Not that it worked, Joshua ended up laying down there for a bit with them after we were done. I put a roast in the oven and it turned out pretty well. I cooked carrots, celery and onions with it instead of making mashed potatoes, as we only had two potatoes. (how do I let this sort of thing happen!?!?!) While I was in the kitchen, Joshua put new wiper blades and rain-x on the van.
The evening was quiet, dinner, clean up, prayers, dessert and a history DVD we are watching with the kids. I fell asleep in the recliner with Benedict and stayed there until about 230, then I moved to the couch. Around 330 he burped and spit up all over me. (I guess in my sleepy state, I didn’t understand his cue for “I have a wet diaper, change me” and thought he was just being fussy about eating and kept trying to get him to take the supplement). I cleaned that up then moved to my room. There Benedict decided that he was no longer tired and we shared smiles for about an hour. I actually think was just really in to the BBC World Service that was playing on the radio.
Some plans for the week…working on laundry, trying to set a schedule for washing and folding. I tend to get it washed, but folding is so ugh. Not to mention, it seems like the only time I get to sit is when I am nursing. If I try to fold while the kids are up (read Caecilia) she tries to help also. No bueno.

If I find some time for myself, I want to…sit and enjoy a nice cup of coffee. Read a book. Work on lesson plans.

Some special prayer intentions…the sale of our house is on the front of my mind.

Something that makes me smile…a quiet sleeping Benedict.