Last weekend I was able to fly up to Iowa and visit with my uncle and aunt. My uncle is doing very well, he started Radiation yesterday, but the blizzard of 2013 has kept him away from his first Chemo treatment today. The visit was great, we sat around, talked, watch TV (I watched the Packers/Bears Football game and well, it was fun), then visited with other family I have in the area.

I was even able to head down to Leon, where my grandparents retired to, and attend Mass at the parish there. Let me just say that it is wonderful to find little pockets of orthodoxy in the middle of small farming towns! Mass was beautiful and Father even mentioned in his homily that we are supposed to abstain from meat on Fridays still (or in the US, do an act ofÂ penance.) How often do we hear that?

Before Mass started, I noted that I would probably be one of the youngest people there, because the community is dying out and most young people are moving to Des Moines for jobs. Then, about five minutes before the beginning of Mass, the sound of Children began to fill the church. There were quite a few families there, with small children (and some families with more than three). The woman in front of me, who introduced herself after Mass, was there Â five of her nine. The best part was, the small children made noise and they weren’t taken out, unless they were crying. Nursery? What is that??! Okay, the really best part was, I got to enjoy that, but didn’t have to worry about it, because they weren’t my kids! 🙂 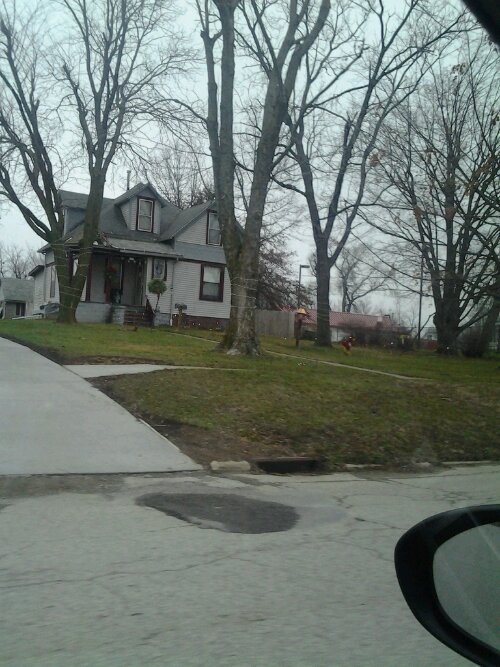 I drove through town after Mass and went by my grandparent’s old house, scooped the loop (meaning I drove around the courthouse) and then headed to theÂ cemeteryÂ to visit my grandparent’s graves. It was a cloudy but warm day, so I stayed for a bit, said prayers, listened to the cows moo, then tried to find the grave of my great-grandmother, but I didn’t. 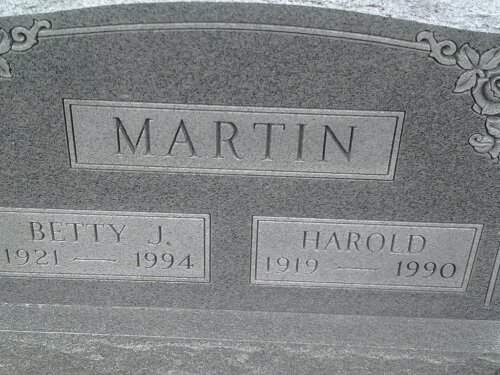 One thing I seem to forget each time I go to Iowa is just how hilly it is. No, really, there are hills in Iowa. Take a look at this:Â 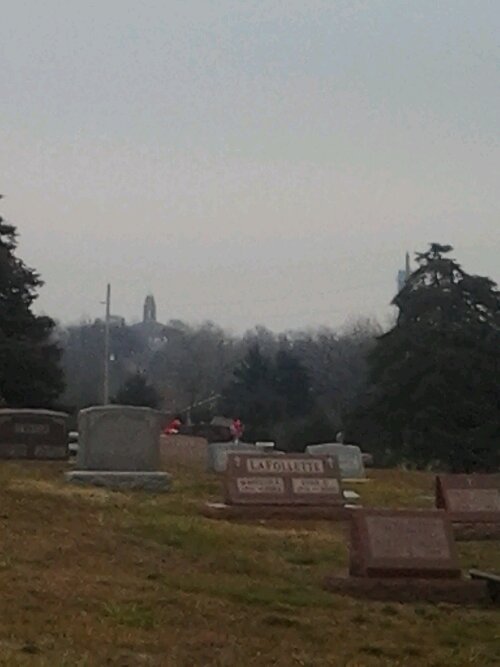 I am not sure if you can tell, but there is a huge valley between theÂ cemeteryÂ and courthouse. South Georgia doesn’t have many hills, well, in the part we live in, so driving up and down hills while there was pretty interesting. (We might be able to go back next summer for a visit and I know my kids will love them!)

And not to forget, did I mention a few weeks ago, we (Joshua and I) were able to go to Atlanta for a Birra NursiaÂ Â (this is related to Iowa, I promise!). While there we met their director ofÂ developmentÂ here in The States. He just happens to live outside of Des Moines, and in talking we all realized we have a lot in common, so he invited me to stop by when I was in town. I took him up on the offer and hung out with Bryan and his wife, for a few hours on Friday afternoon. It was a good time. It is so nice to meet like minded people. Â We knew we’d be friends when we discovered that both our families homebirth, own a copy ofÂ NourishingÂ Traditions, use cloth diapers, and of course are Catholic. The icing on the cake (hold on to your socks, Andrea): they had a Ron Paul sticker on their mini-van as well. How can we not be friends now!?!

So that we my trip last weekend, it was hard to leave, even though I was going home to my loving husband and dear children. I am aÂ Midwesterner, I really love the cold/cool weather of December. I like the seasons. I even prayed for snow (it arrived a week late…).