I think it’s safe to say that Peter is the prince of the house:

I normally read the reading before Mass so that I am able to pray about them before hand, and also know what they are if kids act up and I have to step out. So this past weekend, in the Diocese of Savannah, we celebrated the Solemnity of the Ascension so the readings were from Acts, Ephesians, and Matthew.

I was struck by the idea that some of the people at the time of Jesus’ Ascension thought He’d be back soon, yet 2000 years have gone by. Why? Is it so that I could be part of God’s creation and have the chance to live forever with Him in heaven? If so, what am I doing to make sure I am doing my best to make the goal, to finish the race, to make it to the Promised Land?

Sometimes it can feel like my prayers go unheard, sometimes it can be very hard just to utter the words “Jesus I love you” or “Help me, Jesus!”, sometimes it can seem like between diapers and dinner there isn’t time for prayers. Then boom, God gives me a nugget, something to chew on, to ponder, to help me to know that yes, He’s still there.

Happy Easter! Here’s a picture from before the Vigil Mass. The gnats were bad so it was hard to get a nice picture of them all making nice faces. I picked this one because Peter looks cutest in it.

This has happened one other time in the history of Peter and that was when he was maybe two months old. Today he had his bottle while on the floor (as it was supposed to be a snack while I finished up a chore), he drank for a minute, rolled over and fell asleep…and stayed that way for an hour.

Maybe, just maybe, this will become a thing?

I found this gem on my phone. I’m not even sure what’s going on in it, but Caecilia with the comb made me laugh.

Scholastica had a feast day last week. The best part about having a child with a very rare name? Lots of people get excited about her feast day and pray for her all day long.

Margaret made these cookies and then took the picture. I’m not even sure how to do that. Those cookies were really good, even though she forgot the butter.

I have blue eyes, Joshua has brown. Karol is the only one whose eye’s stayed blue. I’m really hoping Peter’s do as well.

From Catholic Schools Week. This photo is totally staged. If I had them do their school work all at the same table, there’d be lots of fighting.

Yesterday Margaret auditioned for the Concert Strings level of the Strings program and she made it! We are very proud of her. 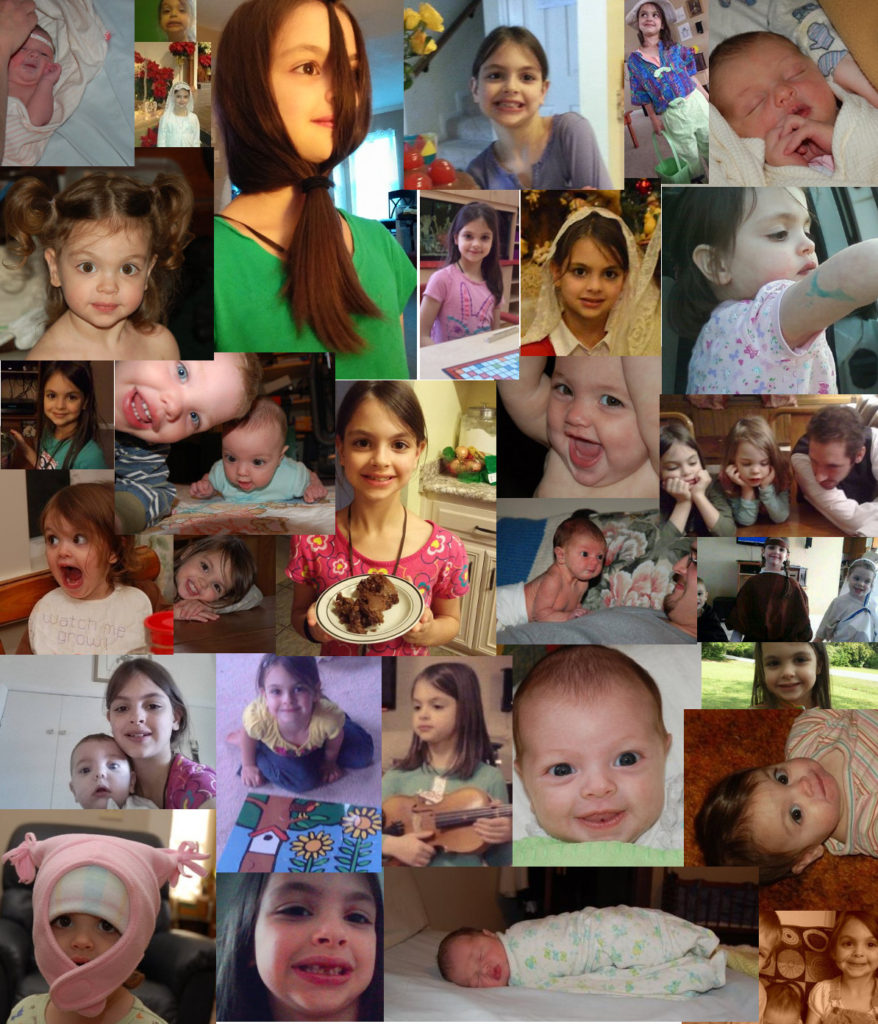 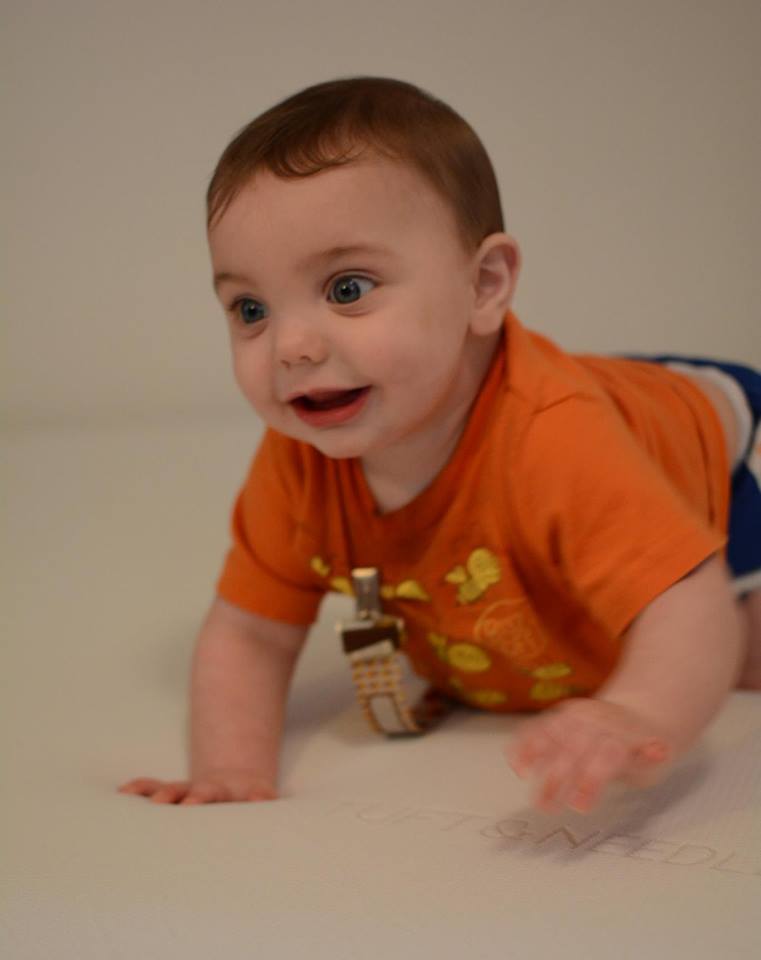